ATLANTA (July 7, 2016) – It’s time to break out the spots and cow bells for Chick-fil-A®’s 12th annual Cow Appreciation Day event on Tuesday, July 12. On that day, customers who show their spots will receive a free entree at Chick-fil-A’s more than 2,000 restaurants nationwide.

“Cow Appreciation Day is the one day where it’s okay to dress ‘udderly’ crazy and get rewarded for it.”– Jon Bridges

Adult customers who dress in any type of cow attire, whether it’s “head-to-hoof” or sporting a cow-spotted accessory, will be rewarded with a free Chick-fil-A entrée of their choice, such as an Original Chicken Sandwich, Grilled Chicken Cool Wrap or Chick-fil-A Chicken Biscuit. Children can receive a free Kid’s Meal for dressing in a cow costume. The Cow Appreciation Day celebration will last from store opening through 7:00 p.m. local time (check local store listings for individual store opening hours).

Customers can visit Chick-fil-A.com to prepare for the occasion. Fans also can share pictures of their costumes on social media by using the hashtag #CowAppreciationDay. Additionally, all Chick-fil-A restaurants will have an active Cow Appreciation Day Snapchat filter that will allow guests to share their experience with their friends and family.

“Cow Appreciation Day is the one day where it’s okay to dress ‘udderly’ crazy and get rewarded for it,” said Jon Bridges, Chick-fil-A’s senior vice president and chief marketing officer. “The event also affords our guests the chance to explore our menu, whether they want to try some of our newer, healthier menu options, such as our Grilled Chicken Sandwich or Grilled Nuggets, or go with a classic favorite like our Original Chicken Sandwich and Chicken Nuggets.”

Chick-fil-A first introduced the Cow campaign in 1995 as a three-dimensional billboard concept depicting a black-and-white cow sitting atop the back of another cow painting the words “Eat Mor Chikin” on the billboard.  Since the first billboard two decades ago, the “Eat Mor Chikin” Cows have reached millions on television, radio, the internet and the occasional water tower to become one of America’s most popular advertising icons and a member of New York’s Madison Avenue Advertising Walk of Fame. 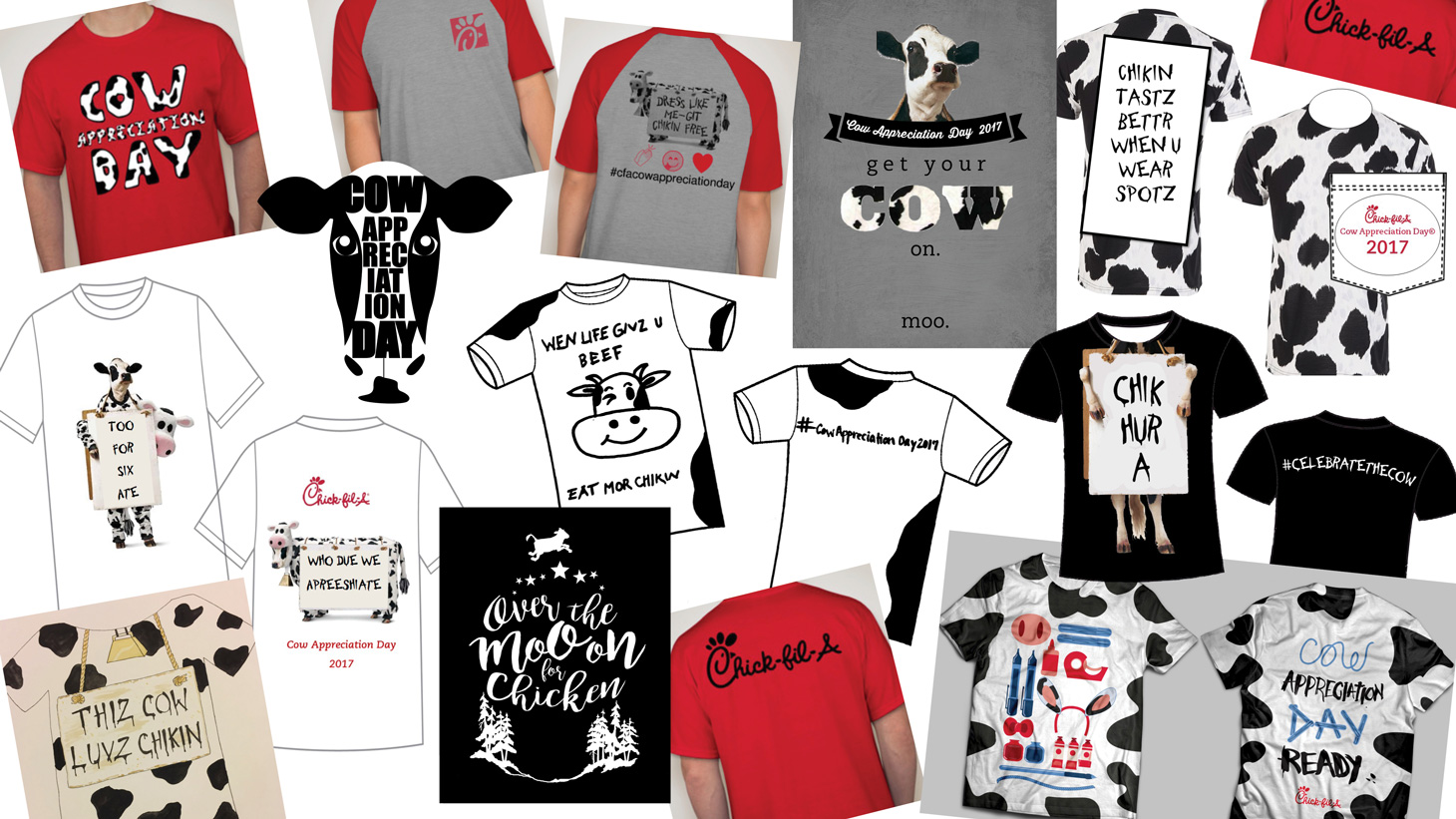 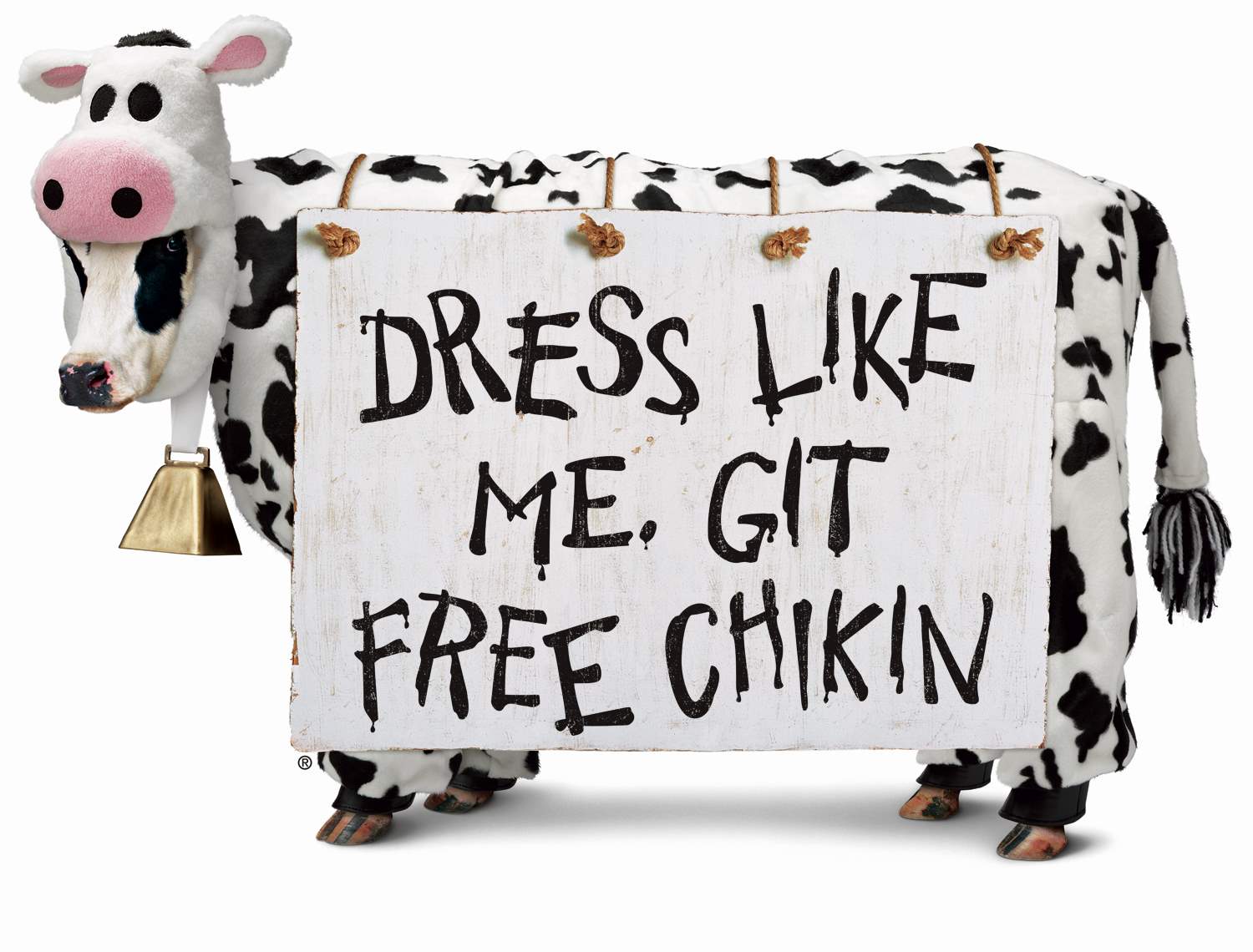