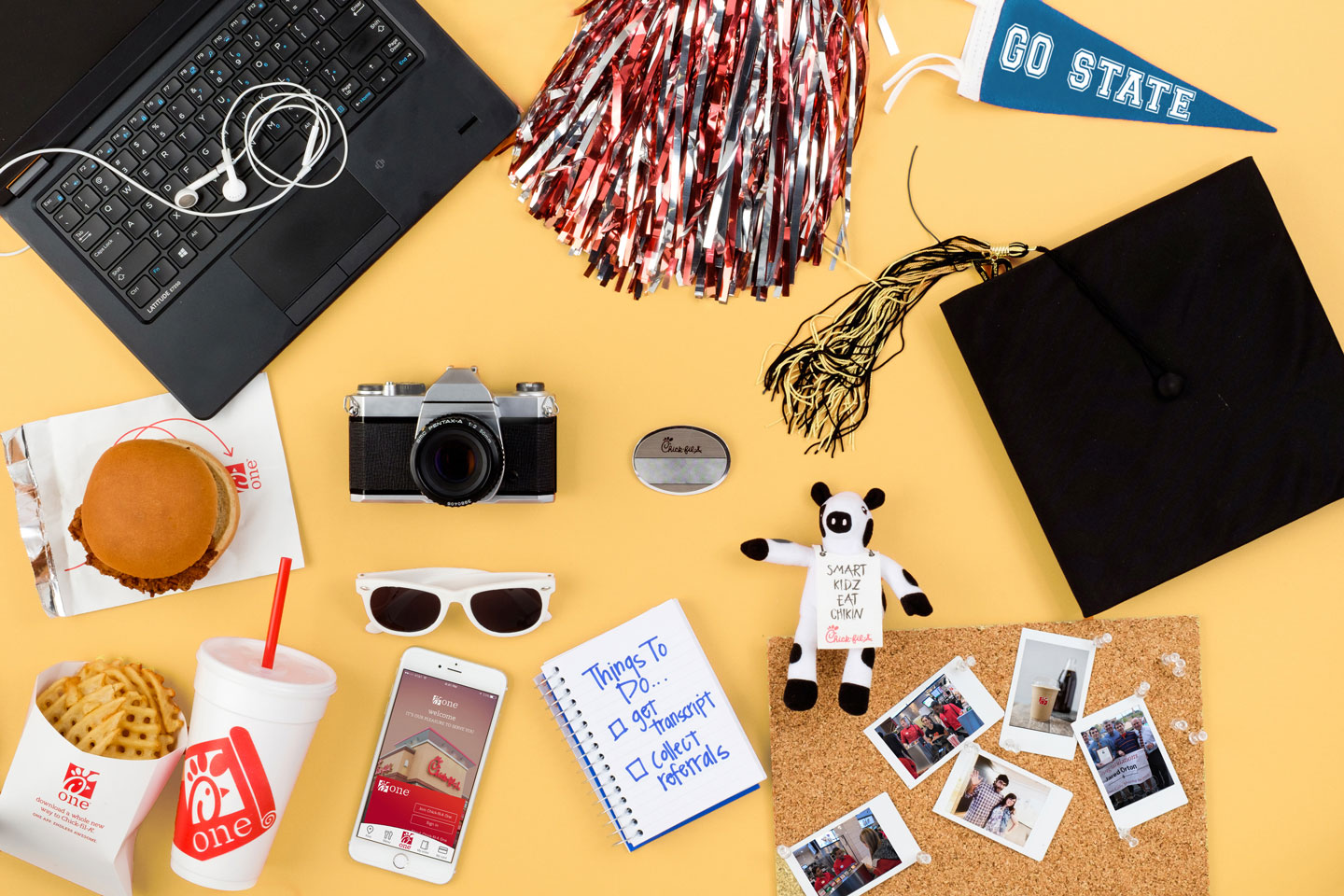 Chick-fil-A Team Members can earn up to $25,000 in scholarships

ATLANTA, Ga. (September 19, 2016) – Chick-fil-A® announced today it is expanding and updating the company’s scholarship initiative to offer Team Members maximum flexibility and support in their pursuit of higher education. The changes will more than double the company’s investment in Team Member scholarships – offering $4.9 million in scholarships in 2017 alone – to help students attend the school of their choice, as well as provide access to tuition discounts and other educational benefits at participating schools.

While Chick-fil-A, Inc. has awarded scholarships for more than 40 years, the enhanced educational assistance initiative, called Remarkable Futures, increases the amount of scholarships available. Students can receive up to $25,000 per year, as well as access to tuition discounts and other educational benefits at more than 70 colleges and universities nationwide, to help offset the cost of their education.

A significant, industry-leading initiative in both the number of scholarships awarded (more than 1,850 expected in 2017) and total financial investment in team members ($4.9 Million), Chick-fil-A, Inc.’s scholarship allows recipients to apply the funds to the school of their choice, whether online, on a college campus or at a vocational-technical school. And that’s not the only way Chick-fil-A, Inc. is offering students something different: local restaurant owners will nominate Team Members based on factors like leadership and community involvement, in addition to academic achievement. Chick-fil-A believes that commitment to community is an indicator of leadership and aims to foster future leaders with this initiative. The opportunities are open to Chick-fil-A Team Members who work both full- or part-time in a restaurant, and there is no length-of-service requirement associated with eligibility.

“Working in a Chick-fil-A restaurant is more than just an after-school job,” said Rodney Bullard, vice president of Community Affairs at Chick-fil-A and executive director of the Chick-fil-A Foundation. We want all Chick-fil-A Team Members to become the best they can be, and our educational assistance initiative is one way we are helping them on their journey to becoming leaders in their communities and their careers. We have seen generations of leaders formed in Chick-fil-A restaurants, and we are proud to play a formative role in their future – wherever their journey takes them.”

To be eligible for these opportunities, applicants must be employed as a Team Member by a Chick-fil-A Franchisee, a Chick-fil-A, Inc.-operated restaurant, or an STC brand restaurant. Current restaurant team members can learn how to apply through their local Operator, Interim Manager or Executive General Manager.

Chick-fil-A, Inc. began awarding scholarships to Team Members in 1973 based on founder S. Truett Cathy’s desire to incentivize Team Members to further their education. Since then, nearly 36,000 Team Members have received scholarships, bringing the total amount to nearly $36 million applied at more than 3,000 schools nationwide. 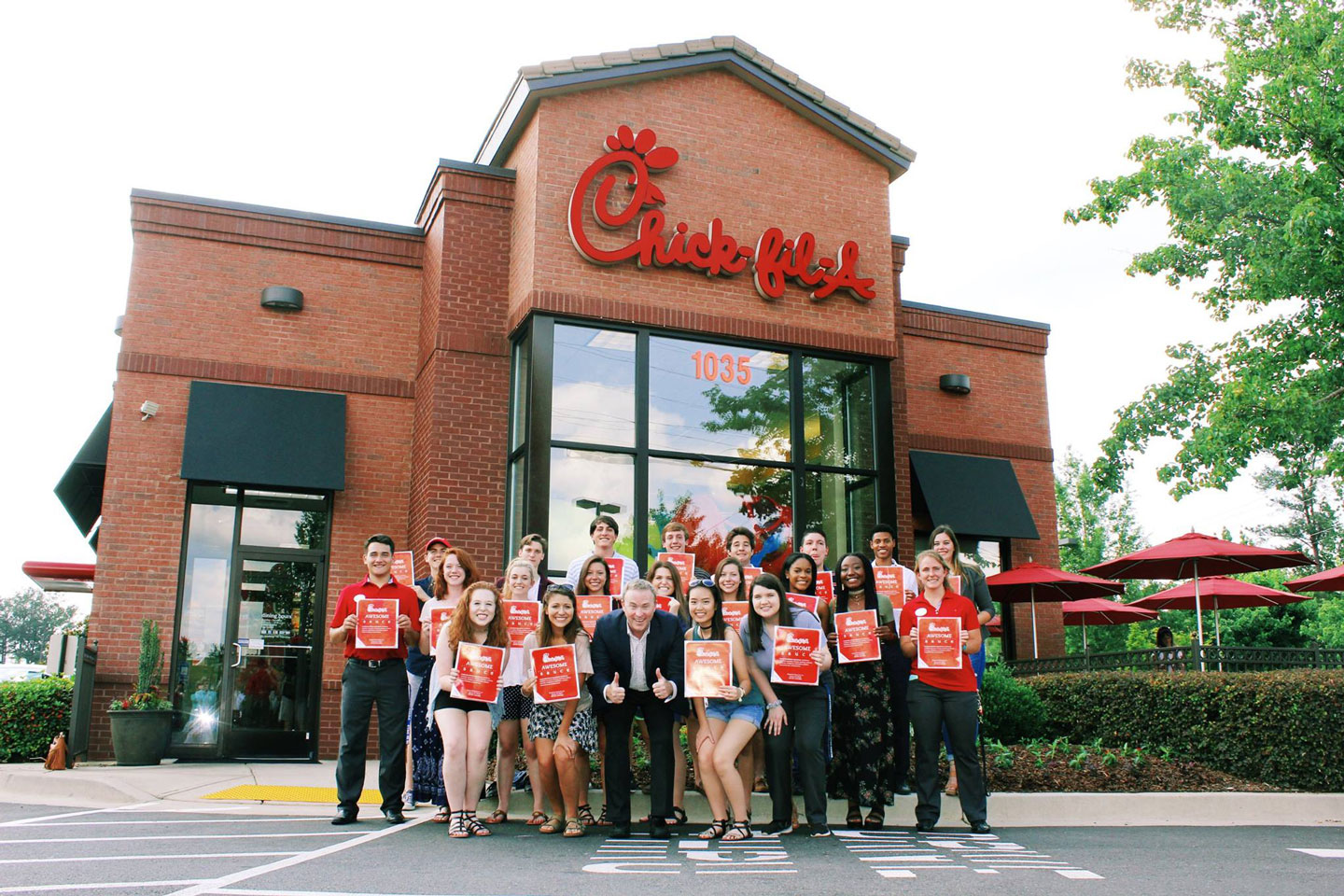 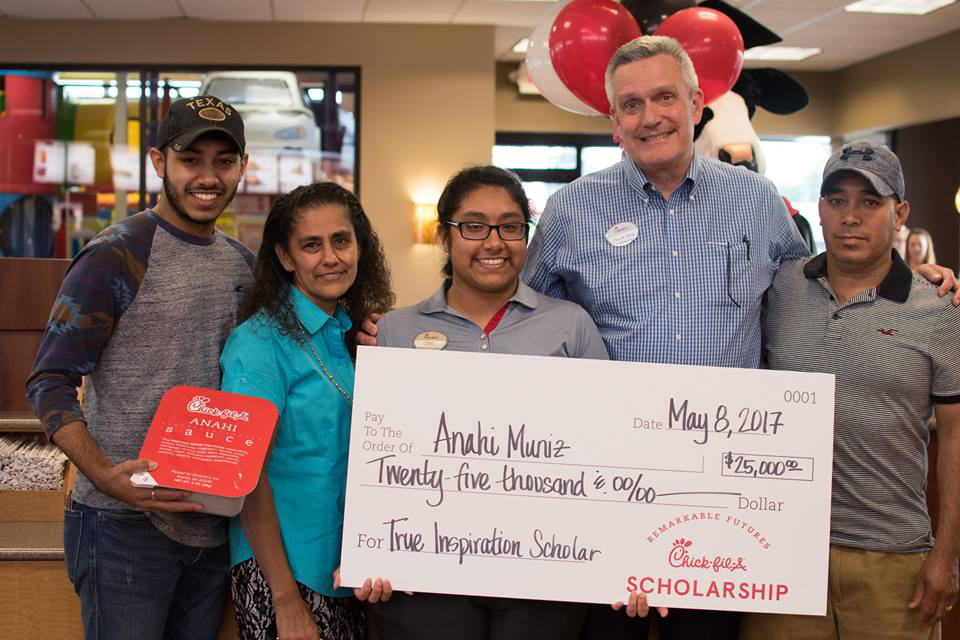 Chick-fil-A® announces today a new initiative that nearly doubles the company’s prior investment in Team Members’ college educations – providing nearly $9 million in scholarships this year, as well as access to tuition discounts and other benefits at more than 80 colleges and universities nationwide. This month, more than 3,400 student team members will be awarded scholarships from $2,500 to $25,000 to begin or continue their education at the institute of higher education of their choice.