ATLANTA (Feb. 5, 2016) – Chick-fil-A announced today the national rollout of Apple Pay, which will provide customers added convenience with an easy, secure and private way to pay. Apple Pay will be introduced in a gradual rollout to each Chick-fil-A Restaurant and will be available chain-wide by late 2016. Apple Pay is available in addition to Chick-fil-A’s own Mobile Pay technology, which is accessible via the Chick-fil-A app.

Security and privacy is at the core of Apple Pay. When you add a credit or debit card with Apple Pay, the actual card numbers are not stored on the device, nor on Apple servers. Instead, a unique Device Account Number is assigned, encrypted and securely stored in the Secure Element on your device. Each transaction is authorized with a one-time unique dynamic security code.

“Chick-fil-A is focused on using technology to provide convenient ways for guests to interact with our restaurants.”

“Chick-fil-A is focused on using technology to provide convenient ways for guests to interact with our restaurants,” said Chick-fil-A Senior Manager of Digital Experience Michael Lage. “The rollout of Apple Pay is an exciting new opportunity for Chick-fil-A to continue that focus.”

Apple Pay is easy to set-up and allows users to continue to receive all of the rewards and beneﬁts offered by credit and debit cards. In stores, Apple Pay works with iPhone 6s, iPhone 6s Plus, iPhone 6, iPhone 6 Plus and Apple Watch. For more information on Apple Pay, visit: http://www.apple.com/apple-pay/.

Chick-fil-A customers are encouraged to contact their local restaurant to determine availability.

Chick-fil-A system sales exceeded $6 billion in 2015, which marks 47 consecutive years of sales growth. Chick-fil-A ranked first for customer satisfaction in the Limited Service Restaurants industry according to the 2015 American Customer Satisfaction Index and received the highest ACSI score ever in the industry. The company was also recognized in 2015 as America’s “Top Chicken Restaurant Brand” by The Harris Poll and the only restaurant brand named to the Top 10 “Best Companies to Work For” by 24/7 Wall Street. More information on Chick-fil-A is available on the chain’s website located at www.chick-fil-a.com. 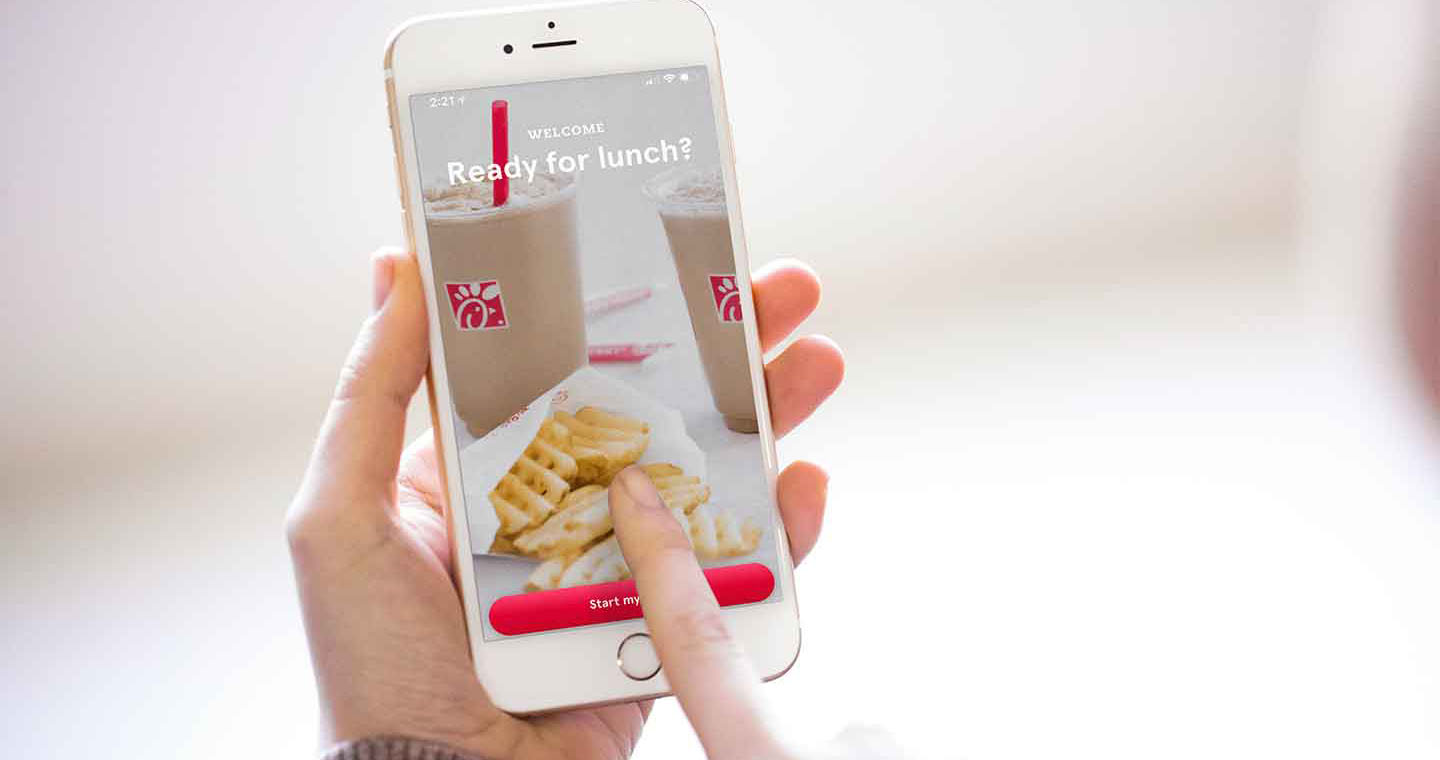 If you’ve used our app in the past few weeks, you may have noticed something: It’s had a makeover. The updated Chick-fil-A App – and Chick-fil-A One Membership program – launched on August 1 and can be downloaded from the App Store or Google Play Store.