ATLANTA (Jan. 9, 2012) - According to the Let’s Move initiative, one in three American children is considered overweight or obese. Children also consume 31 percent more calories and 56 percent more fat than their peers did 40 years ago. Starting today, Chick-fil-A® is taking another step in continuing to address the issue of childhood obesity by debuting one of the nation’s most nutritious kid’s meals.

In recent months, many fast food chains have updated their side options in an attempt to offer healthier children’s menu items. Chick-fil-A instead is concentrating on making the entrée healthier by adding Grilled Chicken Nuggets as an alternative for children. The move marks the first time a national fast food chain has offered a grilled entrée as part of a children’s menu.

The chain also is enhancing its side choices, adding Buddy Fruits® Pure Blended Fruit To Go applesauce as a complement to the Fruit Cup option Chick-fil-A added to its menu in 2004. And, the chain is changing its children’s beverage line to only feature one percent milk, 100 percent apple juice, its signature freshly squeezed lemonade, and water as drink choices.

Chick-fil-A's Grilled Nuggets, paired with the Fruit Cup and one-percent milk, is one of the most nutritious children’s meal combinations offered among any major fast food chain. The meal has only 210 calories and 3 grams of fat – reflecting an 86 percent cut in fat grams and a 56 percent calorie reduction compared with its previous offerings.

“According to reports from the Centers for Disease Control, Americans frequently choose convenience over nutrition. This has created a greater likelihood of our children becoming overweight or obese. The reality is that we live in an on-the-go world where parents have limited healthy meal options for their kids on the way to and from recreational activities, school or other events,” said Woody Faulk, Chick-fil-A’s vice president of brand strategy and design, who oversees Chick-fil-A’s menu. “Our new Kid’s Meal reflects our commitment to helping parents strike a balance between nutrition, convenience and price. We want parents to know that they do have a choice at Chick-fil-A.”

According to Chick-fil-A’s full-time dietitian Jodie Worrell, these new menu additions come as part of Chick-fil-A’s broader initiative to offer healthier menu options to customers. Initiative highlights include the addition of the Fruit Cup in 2004 and moving to a complete menu (including all condiments) with zero trans fats in 2008. Chick-fil-A also is actively working to reduce sodium across its menu, including a 40 percent sodium reduction in its Chargrilled Chicken filet, 25 percent less sodium in breads and removing 10 percent of sodium in dressings and sauces.

“While we are excited about the moves we have made on the Kid’s Meal menu, we also are extremely proud of the progress we have made with our overall menu,” Worrell added. “Removing trans fats, adding more nutritious salads and reducing sodium are examples of some of the steps we have taken in recent years to further our commitment to customers of offering a well-balanced menu of choices. Our work is not complete though. We are constantly looking for a better way to offer our customers healthier choices.”

Chick-fil-A’s commitment to families extends beyond offing more nutritious menu options. The chain also uses its “Growing Kid’s Inside and Out®” Kid’s Meal program as an opportunity to nourish young minds through the premiums included as part of the meal. Rather than offering a toy promoting the latest movie or television series, Chick-fil-A complements its quality children’s menu offerings with meaningful and fun tools that encourage interaction between children and their families. Examples include Little Gold Books, VeggieTales CDs, Discovery Kid’s activities and books adapted from the Martha Speaks PBS series.

Atlanta-based Chick-fil-A, Inc. is the nation’s second-largest quick-service chicken restaurant chain (based on sales), with more than 1,600 restaurants in 39 states and Washington D.C.  In 2010, Chick-fil-A produced record sales of $3.5 billion – an 11.37 percent overall increase and a 5.92 percent same-store sales gain that helped extend the chain’s streak of consecutive sales gains to 43 years. 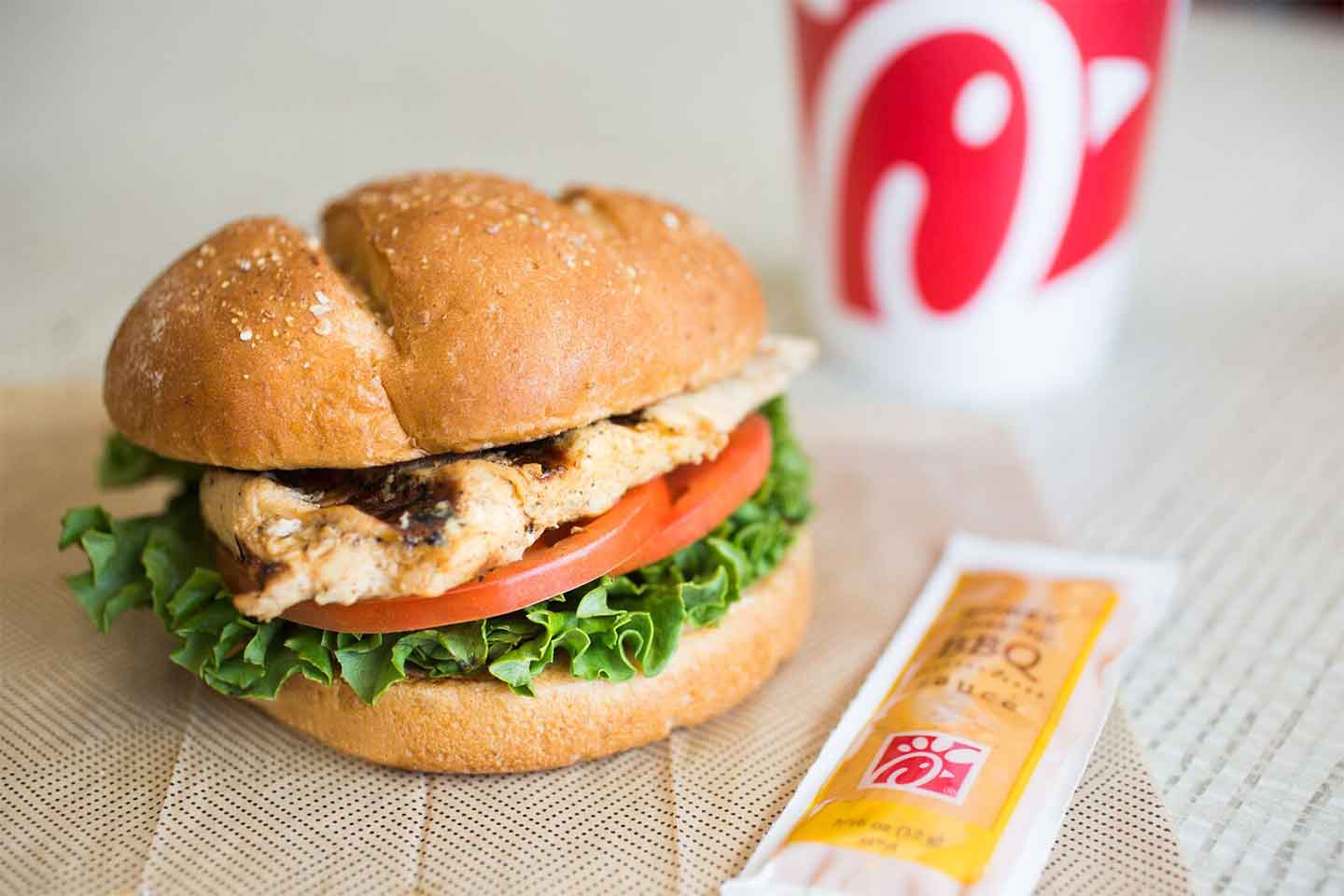 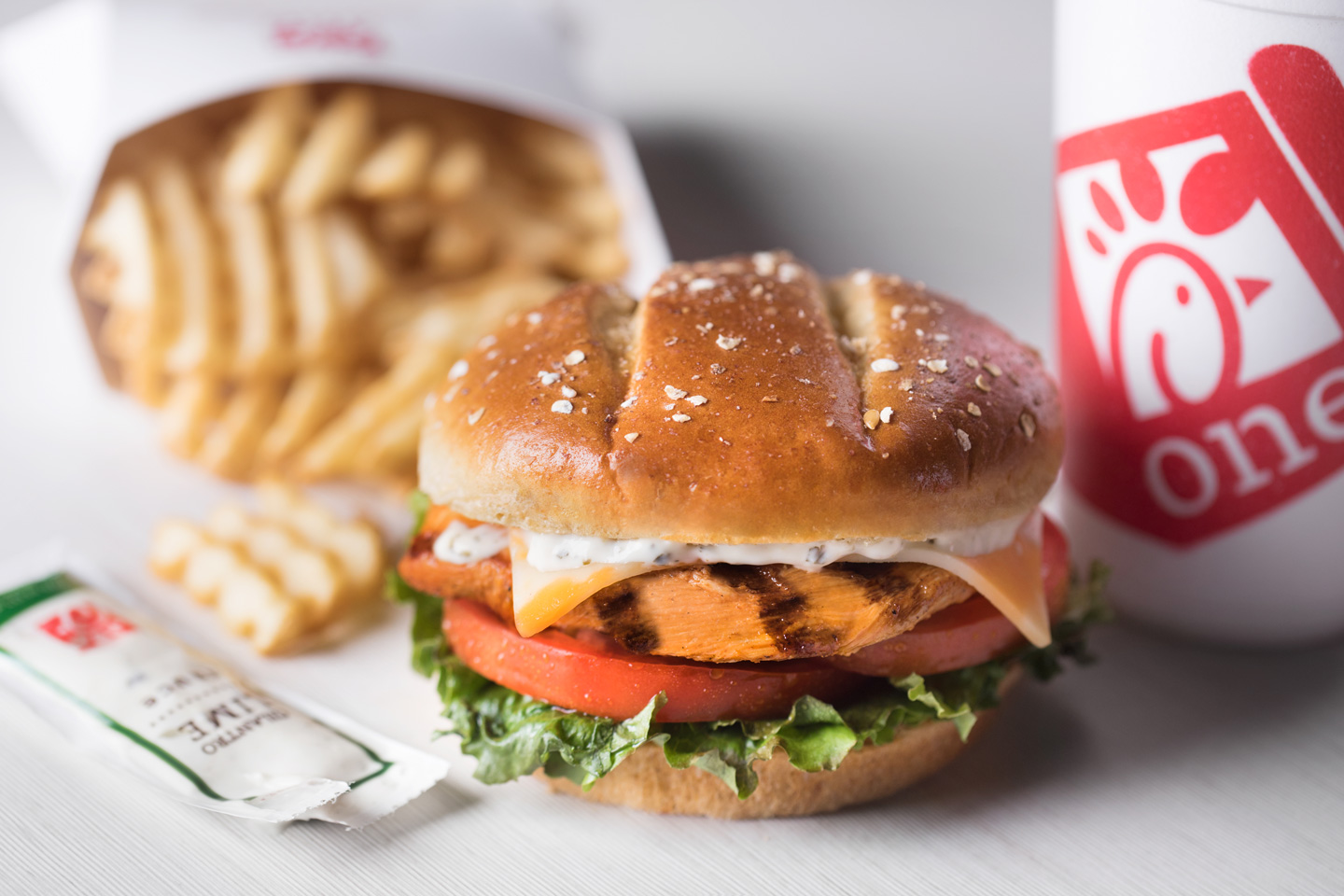