As part of a project for school, Liam Mecklenburg and his friends collected donations to help send a weather balloon to the upper reaches of earth’s atmosphere featuring a fuzzy friend in the form of a stuffed Chick-fil-A Cow.

This is the second time the students have launched a balloon, first doing so in 2018. That initial launch was done, as Mecklenburg noted, partially as a joke among the group, but it turned into something much more as the student body rallied around their efforts. They were soon featured on a local television show, and the expectations for what would be next abounded.

For the 2019 installment, the group wanted to improve their design and adjust their approach. They fundraised for a larger balloon, equipped it with various devices to measure temperature and humidity. And most importantly, they sought out a mascot that ultimately would take a giant leap for all stuffed cows.

“We wanted to have more of an official launch event where we could release the balloon, while also having a party and food for people who had donated and supported us,” said Mecklenburg. “We thought of Chick-fil-A because who doesn’t love a Chick-fil-A Sandwich, and it gave us the chance to have a mascot that would be friendly to everyone.”

The Chick-fil-A on Laurens Road served as the unofficial sponsor for this year’s launch, hosting a party on November 5, 2019 with refreshments for students, supporters and donors. The buzz from the sight of a large balloon being inflated in the parking lot, surrounded by a half-dozen enthusiastic high school students, spread throughout the restaurant as curious customers came out to watch.

Tyree Byrd, the Marketing Director for the restaurant, said Mecklenburg reached out to her by email to see if a partnership was possible. The restaurant has been a partner with the school for several years, and it was just the type of community-focused event that their restaurant wanted to host.

The launch went off without a hitch, as the balloon rapidly ascended to a maximum height of 90,000 feet. At that height, the curvature of the Earth is visible, and the gentle blue of the sky begins to fade into the darkness of space. And thanks to a larger balloon, it ultimately travelled a further distance as well, landing north of Raleigh, North Carolina – two hours past its previous landing spot south of Charlotte, North Carolina.

Mecklenburg is already thinking of how to improve his design for next time. He said he wants to tinker with the payload to reduce the amount of spinning during its ascent. And Byrd is eager to build upon the partnership as well.

“We would love to continue to sponsor this project and see it continue to grow,” said Byrd. “With Liam just being a sophomore, he’s got a few more years of school life and lots of friends who want to make this thing bigger and better.”

Whether it’s fixing a flat tire in a drive thru line or literally sending a cow into space, it’s the “little things” like this that bring such happiness and purpose throughout the Chick-fil-A community. 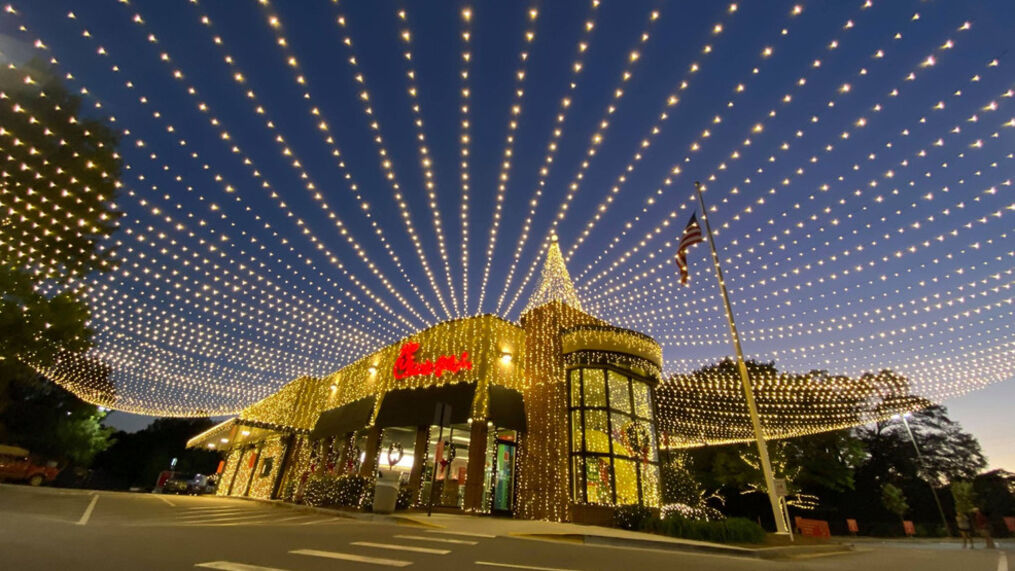