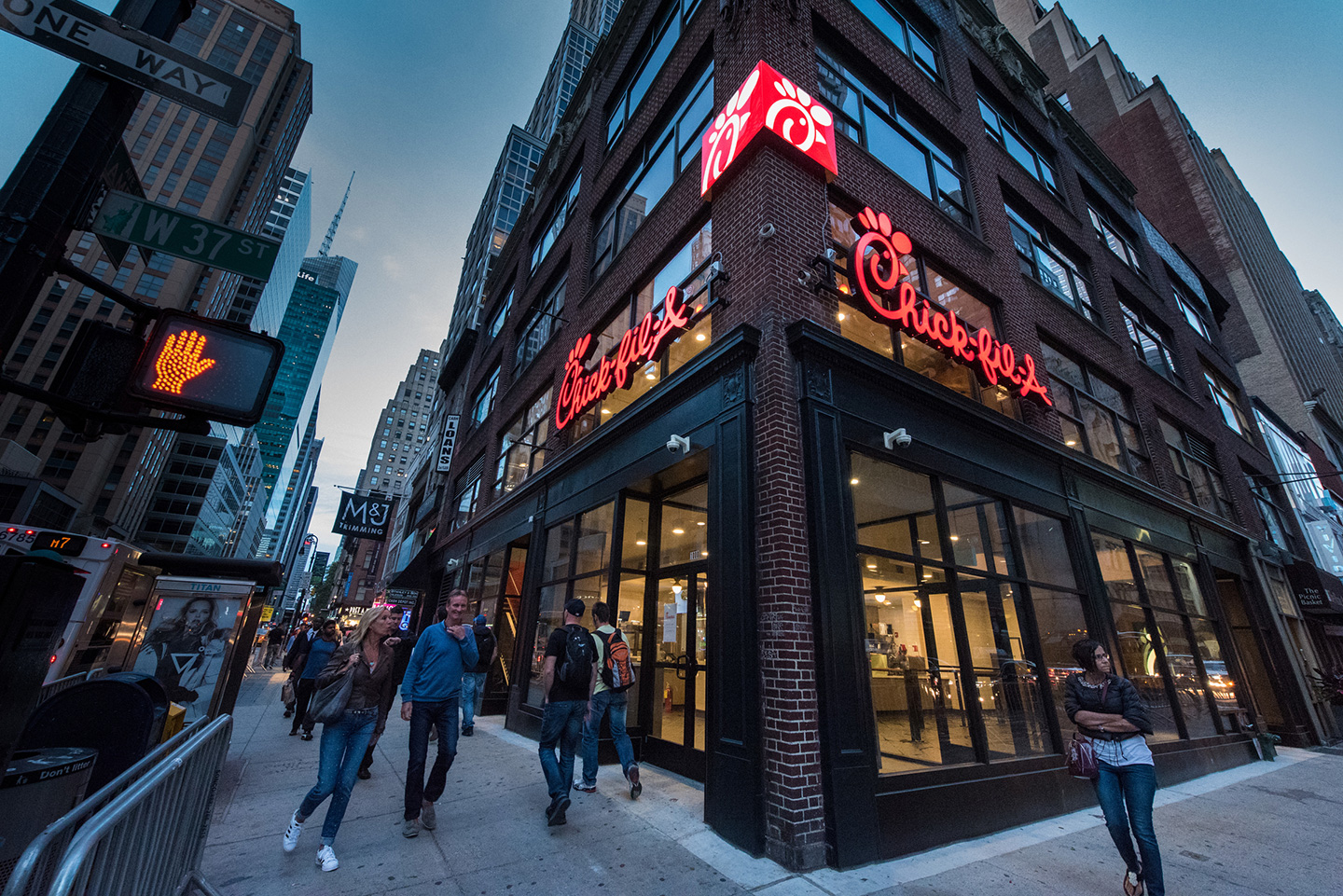 What it Takes to Set up Shop in New York City

New York City is not for the faint of heart. That goes for native New Yorkers, transplants and businesses alike. And for a business looking to create a footprint in New York City for the first time, the list of considerations, obstacles and questions can be seemingly endless.

Chick-fil-A began preparations for entering the Big Apple years ago. And now, the first Chick-fil-A restaurant in New York City – located in the Garment District at the corner of West 37th Street and 6th Avenue– will finally open on Saturday, Oct. 3.

“People have been asking us to come to Manhattan for a very long time, and I think there are going to be a number of people who are thrilled beyond belief when our doors open,” said Ryan Holmes, Chick-fil-A’s urban strategy manager.

“The biggest challenge: adapting the typical Chick-fil-A restaurant design into a more compact space and adapting it to the needs of bustling city residents.”

But opening a restaurant in the heart of Manhattan is anything but simple. The biggest challenge: adapting the typical Chick-fil-A restaurant design into a more compact space and adapting it to the needs of bustling city residents. Getting that right has been the mission for Holmes.

So how’d they do it? We talked to three key people behind the NYC restaurant design to find out.

After conducting small focus groups in New York City, research revealed that every element of the restaurant -- from the aesthetics to customer service – would need to adapt to serve New Yorkers’ unique needs.

“This research at the beginning was key,” says Jessica Fort, Chick-fil-A urban strategy coordinator. “We interviewed six small groups in New York City, which helped lead us in the right direction and stay on task.”

New York residents played a huge part in planning for this restaurant. After focus group participants shared that they were tired of interior design with only white subway tiles and preferred more wood and natural tones instead, Chick-fil-A designers incorporated those textures. A quick and accurate ordering experience was also a must-have for New Yorkers, and the restaurant team will address that.

“There are so many places to eat in New York City, and we want to make Chick-fil-A one of the top options,” Fort says. “To do that, we are going to be as efficient as possible to best serve our guests.”

Thinking Outside the Box

When Steve Nedvidek, senior manager of innovation and design at Chick-fil-A, was approached about design preparations for the restaurant at 37th and 6th, he knew his team would need to change its perspective.

“We were looking at a whole different ball game with this restaurant,” Nedvidek says.

The team was met with questions like, how do you split a kitchen into multiple levels? How do you serve extremely long lines of guests and still do it quickly? And how do you still deliver one-of-a-kind customer service?

“If I could describe New York City in one word, it would be ‘home.’” Ellie Kim spoke those words with an unmistakable, resounding passion. Having spent 11 years in Washington, D.C., Kim couldn’t be happier to finally return to the city and open the newest Chick-fil-A restaurant at 42nd Street and Madison Avenue, a stone’s throw from Grand Central Station.