From Chick-fil-A to Harvard: Restaurant surprises Team Member with $25,000 scholarship

This scholarship recipient has an incredible drive to succeed

There isn’t much that can slow down Faith D’An Nixon.

At a young age, Nixon pitched in to help take care of her family, providing care and support for her mother, who faced several health ailments and raised Nixon on her own. While doing so, Nixon still found time to excel in and out of the classroom – she made her high school’s honor roll all four years, was in the National Honor Society and was voted the junior class president.

Her insistence on success has helped her stand out. When she was accepted into the prestigious pre-collegiate Harvard Secondary School, she was unsure if she would be able to afford the program’s tuition. A partial scholarship, while generous, was not enough, and despite her best efforts to raise money, she still fell short.

But she refused to take “no” for an answer.

With her mother, she drove to Harvard University and persuaded the dean of the program to grant her a full scholarship that covered two summers. That experience propelled her to continue her studies at Saint Louis University where she is majoring in international relations, while taking her minor, Arabic, at Washington University in St. Louis.

Her drive is one of the many reasons she’s been honored as a 2018 Chick-fil-A True Inspiration Scholarship recipient.

“She is an important part of our leadership team, providing a level of excellence and focus on customer service that is an inspiration for others on the team,” said Markus Schleidt, the franchise Operator at Chick-fil-A Voice of America in West Chester, Ohio. “Outside of work, Faith is a self-starter, a model of entrepreneurial spirit and a very open and caring individual who focuses on doing what’s right and what’s needed.”

Schleidt surprised Nixon with the news that she had received a $25,000 True Inspiration Scholarship from Chick-fil-A to help her pursue her dreams.

Watch the video to see how Nixon reacted to receiving the news! 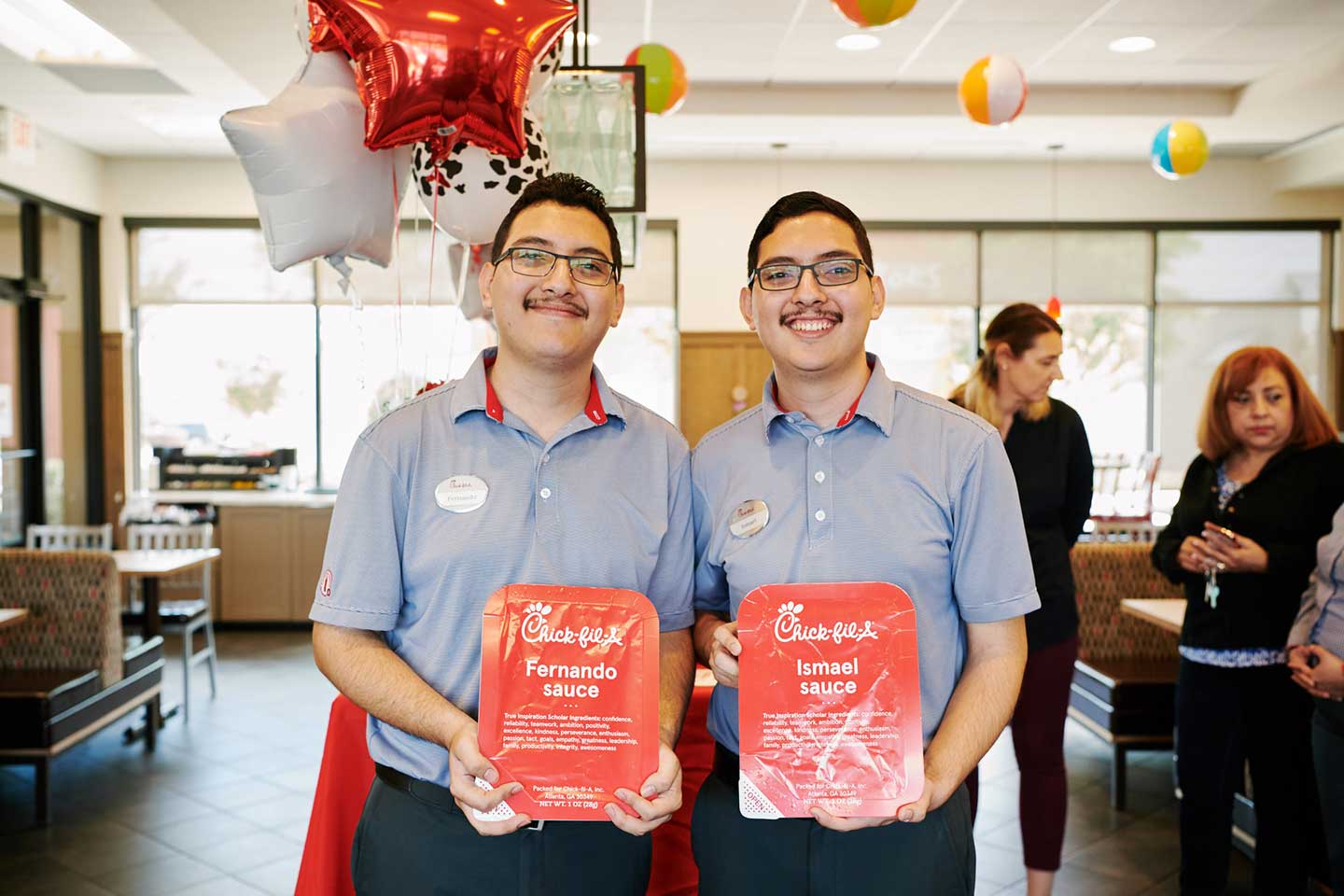