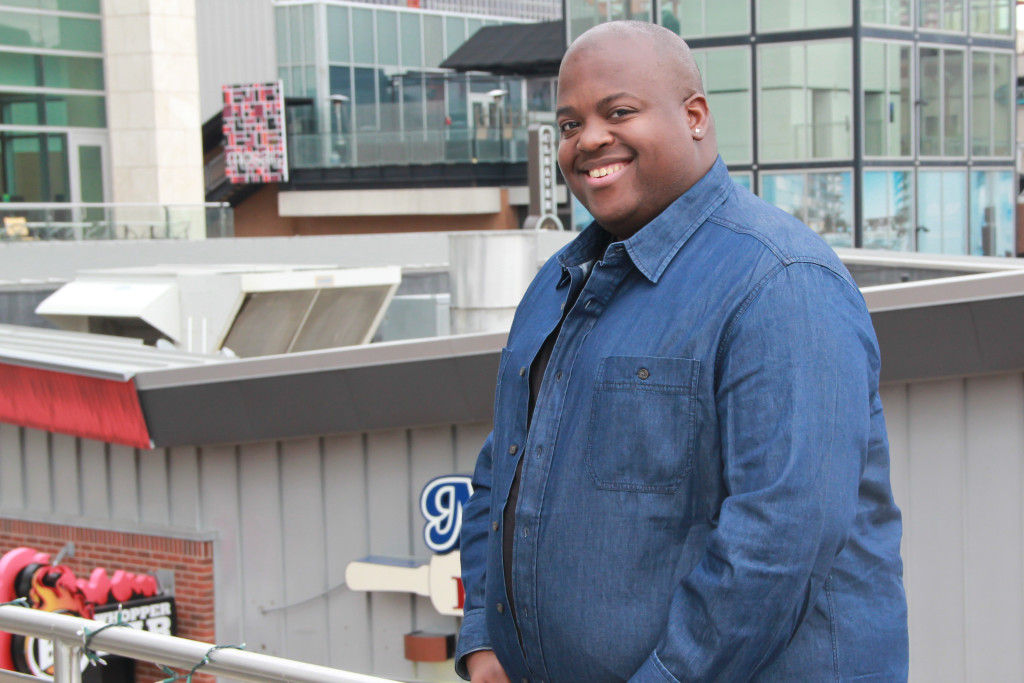 When asked about the viral buzz, Young says, “Right now I’m in a state of shock. I see the hope and excitement of a lifelong dream. I’m on my journey of who I want to be.”

“Right now I’m in a state of shock. I see the hope and excitement of a lifelong dream. I’m on my journey of who I want to be.”

That journey began in Social Circle, Ga., where Young began singing at the age of seven. Vocally trained by his mother while singing in his church, Young’s soulful and refined voice led him to study music at Lee University in Cleveland, Tenn.

“I made a lot of connections and friends at Lee, I sang in the same choir as Phil Stacey, a season six top five American Idol finalist, who offered me an internship here in Kansas at his church,” says Young.

Young also had the opportunity to sing at the 57th Presidential Inauguration for President Barack Obama with his fellow Lee University Festival Choir.

Young began working for local Kansas franchise owner C.T. Taylor last March. He attributes much of his professionalism to Taylor and how he teaches him to care for others. When Young isn’t serving guests at the restaurant, he enjoys catching up with friends, discussing goals and dreams, and of course singing at local gigs.

“I always had a dream to sing, and sing around the world,” Young shares. Little did he know that in less than a week his voice would carry him around the world, into the lives of 19 million people. To hear more on Young’s future plans, read Kansas City Fox 4’s article and view the video below:

Whether on stage, in the classroom or behind the counter, Chick-fil-A 2019 True Inspiration Scholarship winner Corryn Barnes knows the meaning of hard work. Following the lead of her supportive parents, Tommy and Diana, Barnes grew up believing that no dream is too big – even one to become the President of the United States. ​