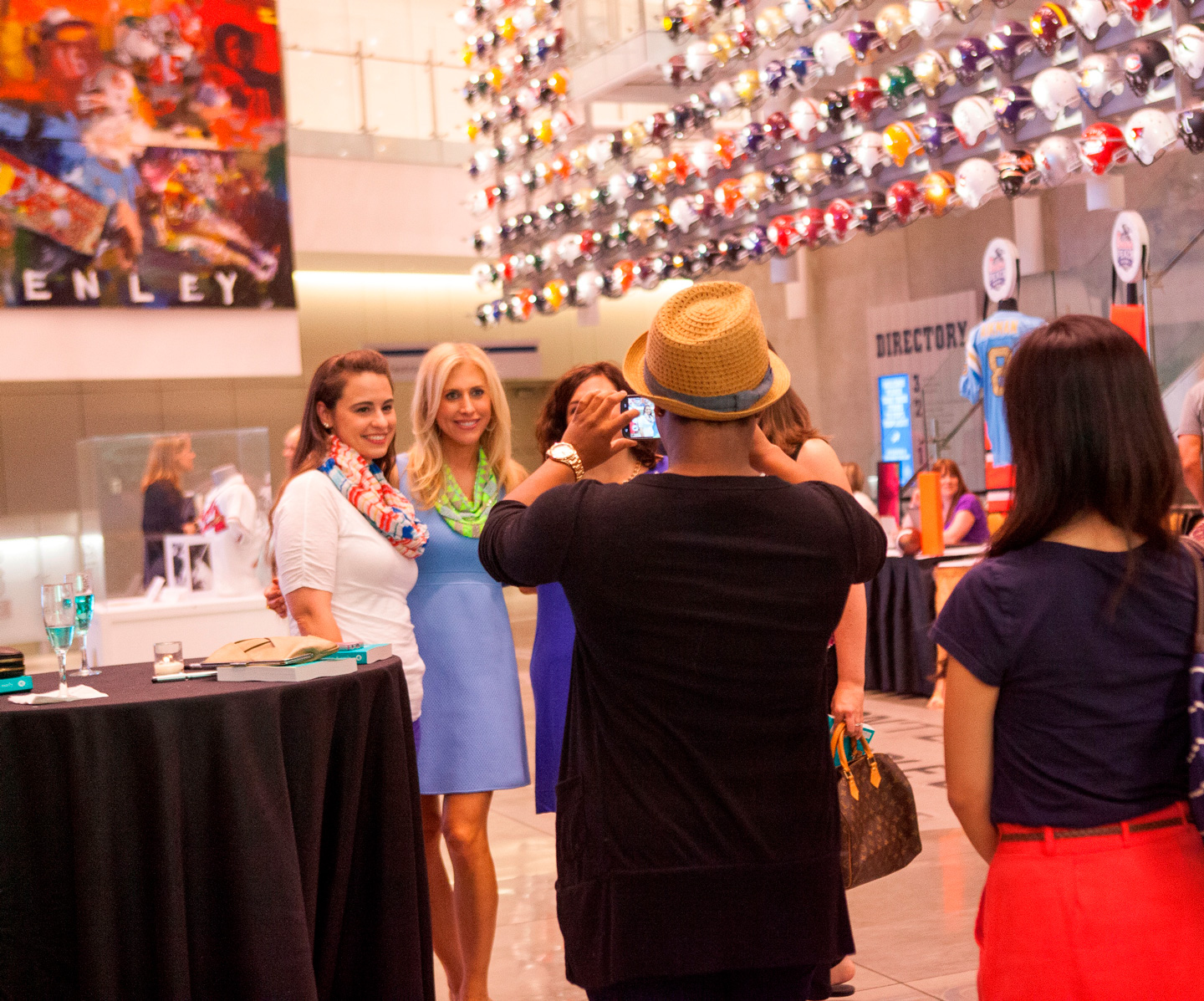 One-on-One with Author Emily Giffin: From “Chick-lit” to the Big Game

Emily Giffin is no stranger to the unexpected. As a matter of fact, she’s made a career out of it. After she earned a law degree from the University Of Virginia School Of Law, most people didn’t expect her to abandon her career as a New York litigator and become a women’s fiction author, but she did just that. Seven New York Times best-selling novels later, Giffin is giving her readers again what they’ve come to expect: the unexpected.

“I’m sure that some of my readers were surprised by the sports backdrop,” Giffin says of her newest novel, “The One & Only,” which chronicles the story of a girl on her path to self-discovery in a Texas town where college sports are like religion. For Giffin, this world is one she knows well. The former Wake Forest University men’s basketball manager unabashedly has a passion for sports. That’s why she chose an otherwise unlikely location – the College Football Hall of Fame and Chick-fil-A Fan Experience in Atlanta – over a book store to debut her new literary creation. It’s also why, as college football bowl season is about to begin, we asked the best-selling author famous for “chick-lit” to share five of her top sports memories of all time, and she gladly obliged – from unbelievable upsets to miracles on ice.

In 1990, I graduated from high school in Naperville, Illinois, and headed off for Wake Forest University in the hot bed of the ACC. Meanwhile, my best friend, Kevin Garnett (the original Kevin Garnett!), went to play football at Stanford. Going to school on opposite coasts, I knew I would have few opportunities to watch Kevin play in person, so when I saw Notre Dame on the schedule, much closer than his Pac-10 matchups, I decided to fly up for the game.

“After she earned a law degree from the University Of Virginia School Of Law, most people didn’t expect her to abandon her career as a New York litigator and become a women’s fiction author, but she did just that.”

I can still remember sitting in the stands at Notre Dame Stadium that day, staring up at the famed "Touchdown Jesus," and getting chills, so proud that my dear friend had made it to a big-time program. Of course, hailing from Chicago, you either loved or hated Notre Dame—and I fell into the latter camp, having a double incentive to pull for Stanford. But things seemed improbable for the Cardinal at best.

Not only did the Irish have a nineteen-game winning streak at home, but they hadn’t lost as a top-ranked team in South Bend in more than 35 years. Sure enough, Notre Dame quickly took a 24-7 lead in the second quarter, and Stanford fans began to lose hope. But a furious Cardinal comeback ensued, culminating in a dramatic, last-second dropped touchdown pass by Notre Dame's star tight end Derek Brown, and somehow Stanford pulled off a monumental upset, 36-31. To this day, it remains my favorite college football game, just as Kevin and I remain very close friends.

“Growing up, my favorite sport to play was soccer. I joined my first team when I was six years old and played through my high school years in Naperville, Illinois (where I was proudly part of back-to-back state championship teams. Go Huskies!).

So for me, along with millions worldwide, watching the 1999 U.S. Women's National Team win the World Cup on American soil over China was absolutely thrilling, and the aftermath images of those dramatic penalty-kicks remains indelible.

It was a truly special moment in time, not only for the accomplishment of that team and our nation, but for what it represented to girls and women everywhere. Watching the most recent World Cup with my eight-year-old daughter Harriet (whom I have coached in soccer for four seasons) brought back so many memories of that ’99 team and the incredible impact they had.”

“As a child, my family lived in North Carolina for several years, in the heart of the Atlantic Coast Conference, where I developed a passion for college basketball. When it came time for me to apply to colleges, I wrote to head basketball coaches first, asking if I could be the student manager. I got the job at Wake Forest (contingent upon my acceptance!), and spent four years with the team. It was such an exciting time in Wake basketball history, as we rose from the basement of the conference to emerge as a national power.

Meanwhile, the players and staff became like a family to me (later providing inspiration for my sports-based novel “The One & Only”). In the 1994-95 season, senior point guard Randolph Childress (who arrived at Wake the same year I did) and sophomore Tim Duncan led us to a regular season championship over rivals Duke and Carolina. But the best was still to come. In post-season play, Childress dazzled, putting up 107 points in just three games, breaking a tournament record set in 1957. He had 40 points in the quarterfinals, 30 points in the semis, and 37 in the finals, with a magnificent crossover dribble and sweet jumper over North Carolina that clinched the title game. It remains one of the most staggeringly superb performances in ACC tournament history and still gives me chills today.”

“My love for ACC basketball began with Ralph Sampson and the Virginia Cavaliers in the early ‘80s. Sampson was my very first sports hero, and I not only followed every game he played as a Wahoo, but compiled volumes of scrapbooks with every newspaper clipping I could get my hands on.

Nearly 25 years later, after moving to Atlanta where Ralph also resided, we were introduced by several mutual friends and became close friends. So it was a tremendous honor when Ralph asked me to write his induction essay into the Naismith Hall of Fame and attend his enshrinement. I’ve never been more proud of a friend—and the fact that he was my childhood idol made the experience even sweeter.”

“The ‘Miracle on Ice’ was widely considered one of the greatest sports moments of the twentieth century. Everyone knows the story—how the ragtag teenaged amateurs somehow found a way to defeat the big, bad, scary, professional Soviets 4-3 (during the height of the Cold War, no less). I was only seven and didn’t quite understand how big the story was, but can vividly recall my goosebumps in those final seconds as my parents stared teary-eyed at the television as sportscaster Al Michaels delivered his famous countdown: Eleven seconds, you’ve got ten seconds, the countdown going on right now! Morrow, up to Silk…five seconds left in the game…Do you believe in miracles? Yes!”

While her top five sports moments are in the history books, Giffin’s literary career – lucky for her fans – is still in the middle innings. Is another sports-themed story in the future? She won’t say, but in what might be a hint, she says, “I think this (book) underscores the point that sports stories don’t belong solely to men any more than relationship stories belong only to women.”

From the Gridiron to the Grill

Football Down South: Tips for Tailgating Like a Southerner 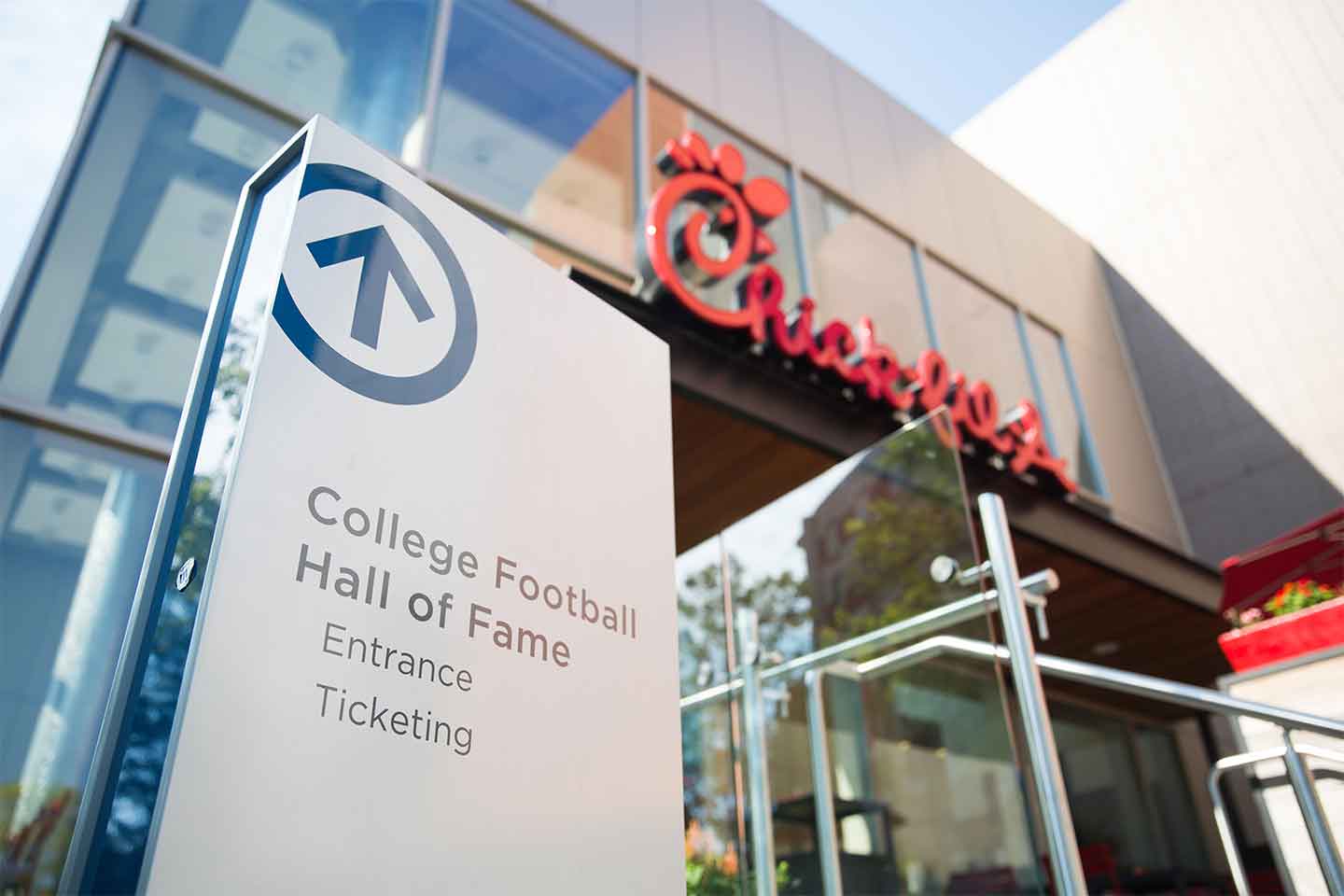