We have four words for you: brown sugar pepper bacon.

The Smokehouse BBQ Bacon Sandwich came back for the summer as a limited-time menu offering in 2017 and 2019. While the grilled chicken and tangy barbeque sauce were enough to satisfy taste buds, another ingredient took the dish to a whole new level.

The bacon is the result of a collaboration between Christy Cook, a culinary lead for Chick-fil-A’s menu team, and renowned Chef and restaurateur Ford Fry. In developing the sandwich, Fry sought to incorporate smokiness and pepper, which are staples of much of the cooking in his native Texas.

“We were trying to find different components that would work together and complement each other, so Ford and I would bounce ideas off of each other,” said Cook. “I distinctly remember the moment where he made the brown sugar pepper bacon, and how well it worked, but I was concerned that we couldn’t replicate it in the restaurant.”

Both agreed, however, the delicious end result of this collaboration was too good to not explore further. After a few rounds of testing, they found a recipe that delivered a tasty crunch with a mixture of sweet and smoky to provide the perfect balance to the Smokehouse BBQ Bacon Sandwich. 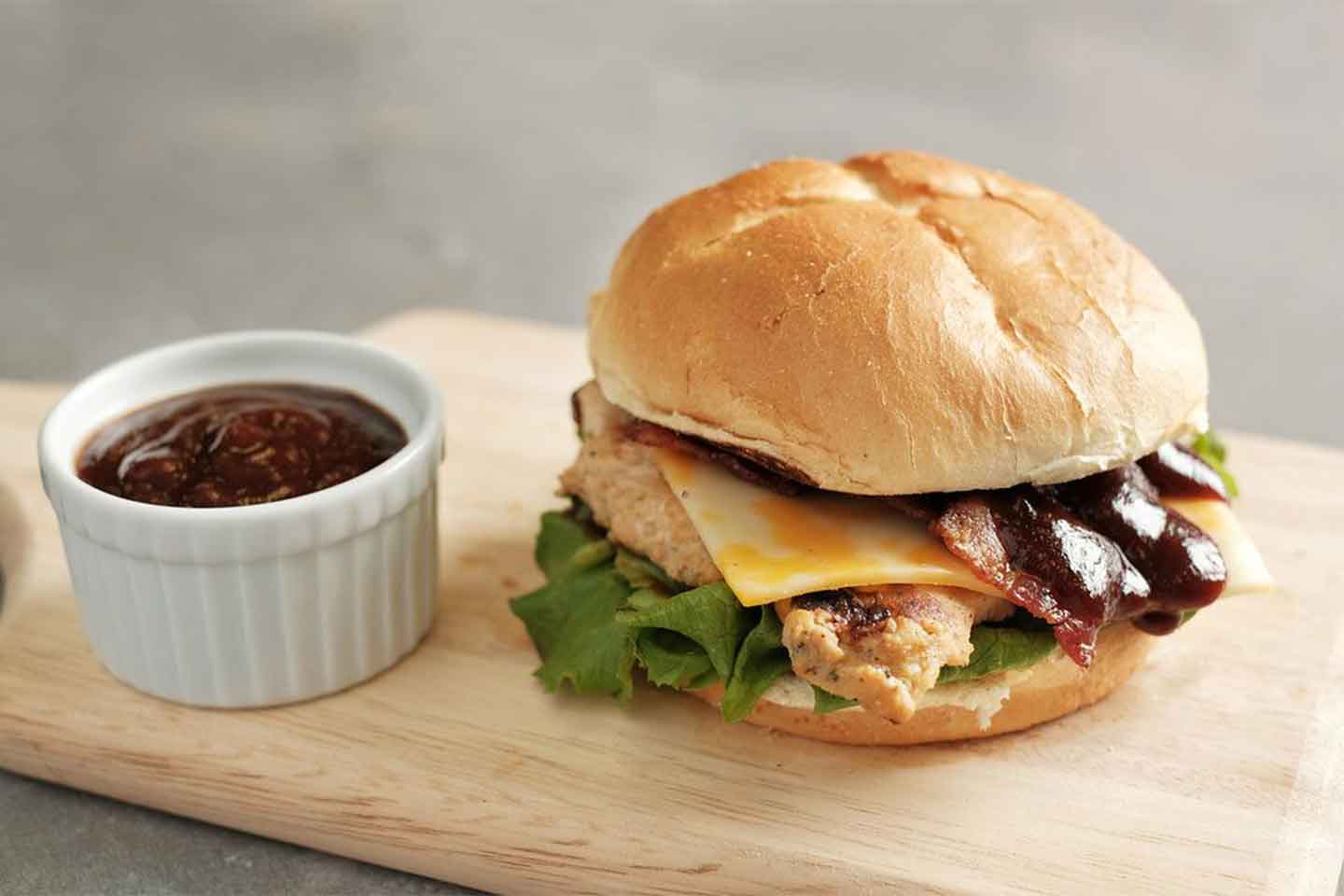 Christy Cook distinctly remembers the moment when she knew her newest collaboration was a success. Standing in a Chick-fil-A in Charlotte, North Carolina in 2015, she watched customers and Team Members alike rave about a menu item being tested: the Smokehouse BBQ Bacon Sandwich. It was a new take on the Grilled Chicken Sandwich, and she says no one could get enough of it or the Smokehouse BBQ sauce that tops off the ingredients.

How much does your city love the Smokehouse BBQ Bacon Sandwich?

Chick-fil-A knows that nothing says summertime quite like the smoky, sweet flavor of backyard-grilled barbeque. That’s why we’ve added the Smokehouse BBQ Bacon Sandwich to our menu for a taste of summer (through August)!